I’ve recently had a serious craving to create something in my photography. I have been working in a white studio with amateur models for over a year now. As much as I can enjoy my work in the studio, I have developed a series of poses depending on the demographic and run through them like a well-rehearsed SNES game. There’s no need to be creative when the result is always the same.

So I turned to one of many Facebook groups for models, makeup artists (MUA’s) and photographers alike and found both an aspiring model and an MUA with some free time.

I looked at renting a studio for a couple of hours in Manchester but the best prices I could get were around the £70 mark. I somehow came across the Karaoke lounge K2 as an option which for the room is £6 per person. I managed to convince the lady behind the desk that we weren’t drinking or singing karaoke and that we just wanted to shoot some pictures for a couple of hours. She was surprisingly cool about it so I managed to get the room for £24 for two hours.

Having seen their site it was apparent that they had a variety of styles and colours in each room which was perfect for experimenting in. I had considered taking my studio light with me but I’m glad I changed my mind as the rooms were barely big enough for four people to stand in. A giant light would have been hard to operate and would have washed out all of the background lighting. I had bought some clear coloured A4 plastic to use as gels for my speedlight but after a couple of test shots I opted against them. Instead I found that just using the dim coloured lights emitting from the karaoke walls were enough to give a fun night-time effect.

The MUA Helena Smythe brought so much to the table, she made the suggestion that we go for an end-of-the-night look with the model and it really worked. It just made sense and created a beautiful aesthetic. Helena helped guide the model for me and made a great human tripod when it came to be holding the speedlight for certain shots, the day wouldn’t have been half as successful if it wasn’t for her work.

I had intended today to offer some of these items for sale as prints and to split the proceeds between the model, MUA and I but a painful back and forth with somebody who understands nothing regarding artistic expression, copyright law and general decorum has put me off.

Doing test shoots like these teaches you a thing or two. I’ll be more careful and operate differently with future creative shoots. 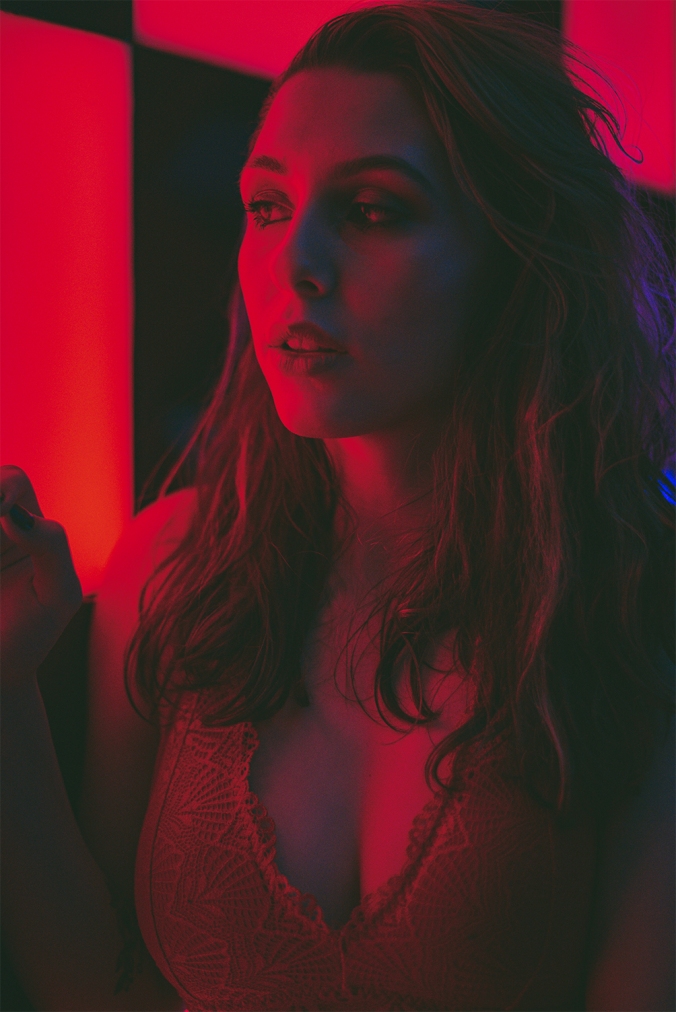