“Who hasn’t asked himself, am I a monster or is this what it means to be human?” ~ Clarice Lispector, The Hour of the Star, 1977

For the past few years I’ve been coming to terms with and trying to fight against the fact that I am a narcissist, I think I’m more important than other people. I’m overweight, kinda dumb, have no sense of style and generally I’m not particularly interesting in any way, but that doesn’t stop me. It’s not even a thought, I subconsciously consider myself to have a higher importance than those around me. It’s not something I say or think, it’s simply reflected in the decisions I make and the actions I take. It’s not a conclusion I’ve arrived at, it’s an instinct and it’s one of the many reasons I loath myself.

If I were to point the finger, I would say it was my environment growing up, only child, single parent. My mum genuinely thought I was the smartest, most talented child in the world and constantly told me without me having to prove it in any way.

She failed to reward good behaviour and gave me the most attention when I was fucking up, often she would shout at me regardless of my behaviour, whether I was good or bad she just assumed I had done something wrong and acted accordingly, a verbal punching bag. She knew how to make me feel bad. She still does. She was stressed trying to raise a child on a sexist wage and considered gifts a method of making up for the verbal abuse which made her more financially unstable and inevitably more stressed. An endless cycle.

That’s the wrong way to think though, that’s the way a narcissist thinks.

I’m trying to take accountability for my actions, to re-wire the way my brain works, to not only benefit those around me but for myself, if everybody thinks you’re a cunt, life isn’t fun, unless that’s who you want to be and don’t mind fucking over other people to get your own way. The thing is, I genuinely don’t believe that’s who I am, it’s something I am needing to change and something I want to change.

Since my realisation, I hate talking about myself, people who do nothing but talk about themselves are cunts, right? If you ask me a question that’s relatively deep I’ll either confuse you with something nonsensical or I’ll make a dumb joke to avoid the uncomfortable reality of my own self-hatred. 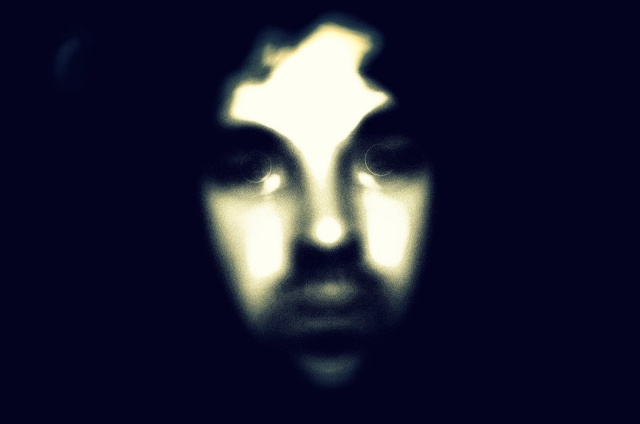 I consider myself to be a nihilist, I consider all life to be completely and utterly meaningless. I’m no Nietzsche, I rarely mention it or talk about it with other people, either people think that way or they don’t. If they don’t think that way, they find the idea uncomfortable. I’m sure some self-help guru would see this as a problem, a problem that can be fixed with a dependant or knitting scarves for the homeless. I don’t see it as a problem but I do think it’s a contributing factor towards my narcissistic attitude, why should I go out of my way to benefit somebody else when we’re all going to die arbitrarily, for no purpose other than to procreate, something I currently have no interest in, before the inevitable?

I didn’t find myself whilst I was abroad, I “found myself” when I came home, I was only gone for a year but during that year I had a series of internal contemplations. I attribute them to the people I met and associated with whilst I was in Australia, naturally positive people, people who gave a shit about others and not because they felt that was something they had to do. I found myself echoing their attitudes to life, helping people out when I had the opportunity, having a sense of community is incredibly valuable and something that really opened my eyes. Life may be meaningless, but we’re all in this together, we need to look out for one another.

Coming back to the UK and seeing people I knew in a series of bubbles really frustrated me. Having researched narcissism and trying myself to be less of a selfish cunt, I could see everywhere I went the same traits and attitudes I was trying to extinguish in my own personality. I could feel my sense of entitlement coming back and my self loathing extending to people I have known for years. How could they live like that and not wish death would creep on them sooner?

I’ve never been good at extinguishing embers glowing on bridges, I tend to fan them, dousing them in incendiary, combustible substances, running and hiding from the inevitable rapid destructive outcome. I seem to be capable of crippling the seemingly strongest of structures, only reflecting on the ashes when it comes to trying to cross the metaphorical river again.

My plan for the future is to stop being such a cunt, the problem is I don’t think that’s something I can do at home, people are out for themselves, they are everywhere in the world but change is easier when you’re somewhere new.

Hopefully I’ll find some sense of community in New Zealand, I want to change.